The Hour of Sour - 5 Sours You Need to Try Sour beers are making a comeback in a big way. I watch a lot of brewing trends come and go, but this one has been the most fascinating to me, because, in many ways, were getting back to our roots. Once upon a time, all beers were sour to some extent. In early brewing, pure yeast cultures were not available as they are today, so the yeast starters used from batch to batch almost always contained wild yeast and wild bacteria. Sour beers are still made this way, by wild fermentation that simply utilizes the wild yeast and bacteria that live, well, everywhere.

Sour beers, because they are often wildly fermented, are unpredictable and can be considered a risky endeavor. One wrong strain of wild yeast could wreak havoc in a fermenting sour beer and turn the entire batch into something utterly undrinkable. For this reason, many of the breweries that brew sour beers are long standing breweries, and many of their sours have been aging for months or years. Most of these breweries are located in Belgium, and many have been around since the 1800s. Though the method of brewing sour beers has spread throughout Europe, it is still relatively uncommon to find a sour beer that has been fermented in the United States.

There are five main types of sour beers you need to try:

Also commonly called the Berliner Weiss, Weissbier or simply, Weiss, this beer was at one time the most popular brew in Berlin. This brew light on the ABV, usually weighing in around 3.0%. This beer style utilizes Lactobacillus bacteria during primary fermentation. Due to its extreme tartness, it is usually served with some type of fruity, flavored syrup to balance it. 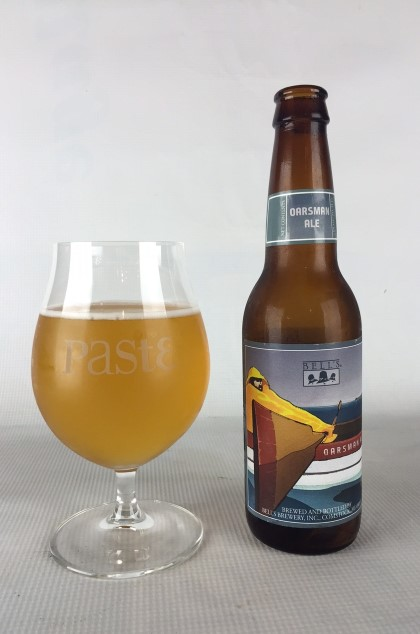 This sour ale may be brewed in the Midwest United States, but it is an excellent example of a good Berliner Weiss. Upon opening, the aroma is a pleasant mixture of sourdough and subtle lemon. Bells opted to use their House Ale Yeast during fermentation, which transforms the tartness of the beer into more of a harmony rather than melody. This is an excellent beer to start on if you are interested in sours and is most likely available at your local party shop or grocery store.

A descendant of the old English Porters of the 17th Century, these beers are fermented with traditional brewers yeast, but are then placed in oak barrels for long periods of time to age and mature. It is during this process that it is likely the beer will be exposed to wild yeast, which produces the signature sour taste. 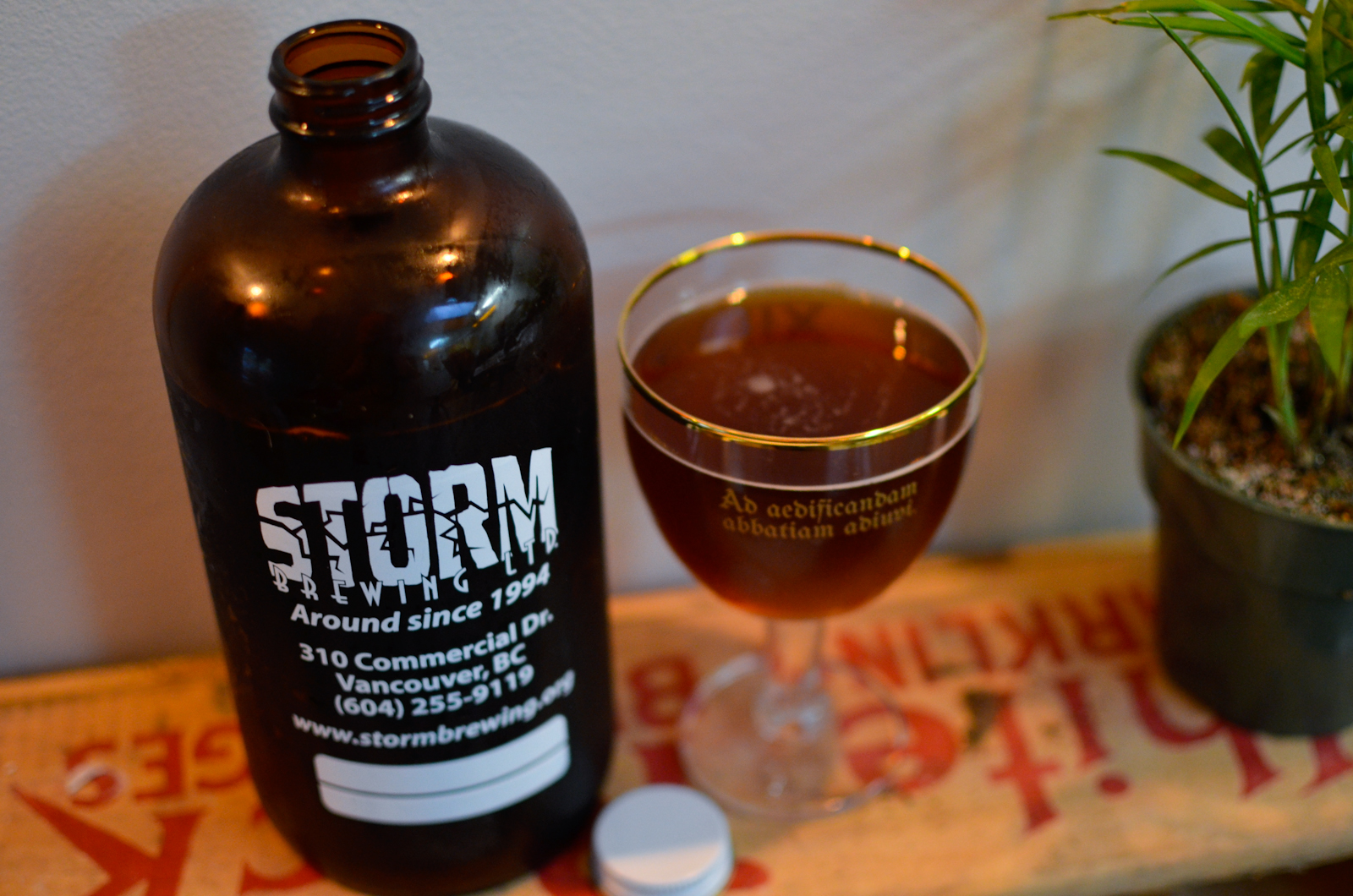 Storm Brewing is out of British Columbia, Canada, and has a line of award winning Belgian style ales. This one is a particularly heavy hitter, coming in at 11% ABV, it is barrel aged for at least a year in an old Lambic barrel.  It has a beautiful crimson amber hue to it. This is a mouth puckering combination of sweet vinegar and tart raspberries and cherries. The maltiness and intense oak flavor tend to round out the tart and sour flavors rather nicely. This is a rotating batch, and possibly a bit more difficult to find, but well worth a taste.

Pronounced go-suh, this sour brew originated in Goslar, Germany. Its unique flavor comes from the use of coriander and salt. The sourness of the beer is created from inoculating the wort with lactic acid bacteria during primary fermentation. 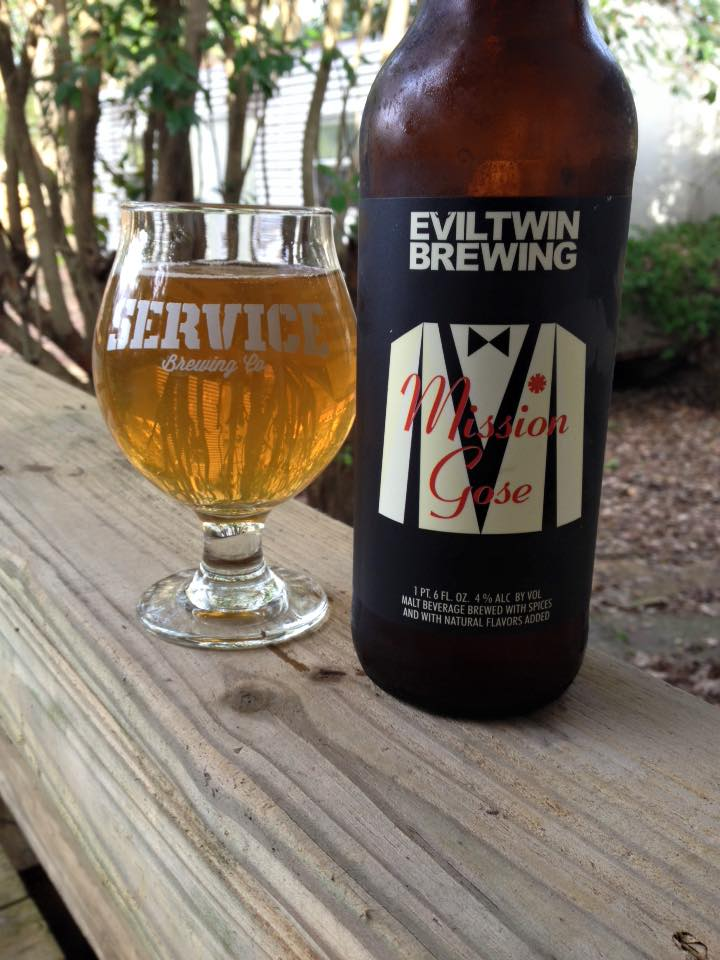 As described by Evil Twin, this effortlessly cool brew may be paying homage to an old fashioned, old world style beer, but the unique and funky taste will make you feel stylish and hip with every sip. It pours a crisp, golden straw color with beautiful head. The saltiness may seem overpowering at first, but the beer finishes with sweet citrus and cool eucalyptus notes that balance the beer well and make for an unforgettable experience. Ignore your friends that may be calling you hipster, its okay to like whats good, and this is without a doubt whats good.

Lambics are spontaneously fermented in the Pajottenland region of Belgium. The worst is left to cool overnight, exposed to open air during the winter and spring months. It is then placed in barrels to finish fermentation and mature. Many Lambics are secondary fermented with fruit such as raspberry, cherry, and peach. Very few pure, unblended Lambics exist. 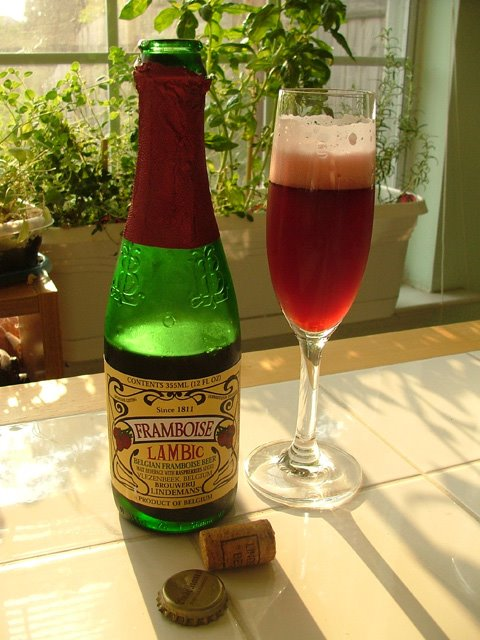 Lindemans Brewery began in a town southwest of Brussels named Vlezenbeek in 1822. The brewery boasts six generations of Lambic makers, and it is clear upon tasting any of their work that these folks know what they are doing. This Lambic in particular is only a mere 3.0% ABV, but that only makes it easier to down an entire bottle by yourself, which you will absolutely do. It is spontaneously fermented with fresh raspberry juice added after fermentation. It gives it a delicious sweet tart taste and a beautiful ruby red hue. There is really nothing quite like it on earth.

Hailing from the Flemish region of Belgium, Oud Bruin (Old Brown) style beers are similar to Flanders style ales, but different as they are darker in color. The sour taste is generated mainly from cultured yeast strains, but is also occasionally barrel aged. 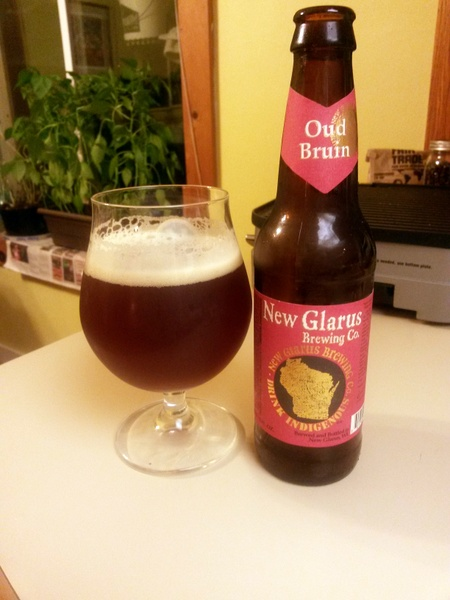 Since you most likely wont be paying a visit to Liefmans Brewery in Belgium any time soon, this is one of the best examples of an Oud Bruin you will find in North America. New Glarus has outdone itself with this immensely complex old style ale by combining British and German malts, then fermenting them naturally in oak. The taste is acidic like vinegar, but smoothed out by the sweet malt and oak finish. Notes of dark fruit and raisins are smooth on the palate. It even boasts a bit of earthiness to it, most likely from the Hallertau hops, and without a doubt lives up to its description of immensely complex.

So get out there and start tasting. The hour of sour is upon us. Jump on board the sour hype train and enjoy the fact that these classic, almost ancient, styles of brew are once more able to be enjoyed just about anywhere. You dont even need to take a trip to Belgium, though, we all absolutely want to. Right?