Barrels and Staves and Cubes, Oh My! 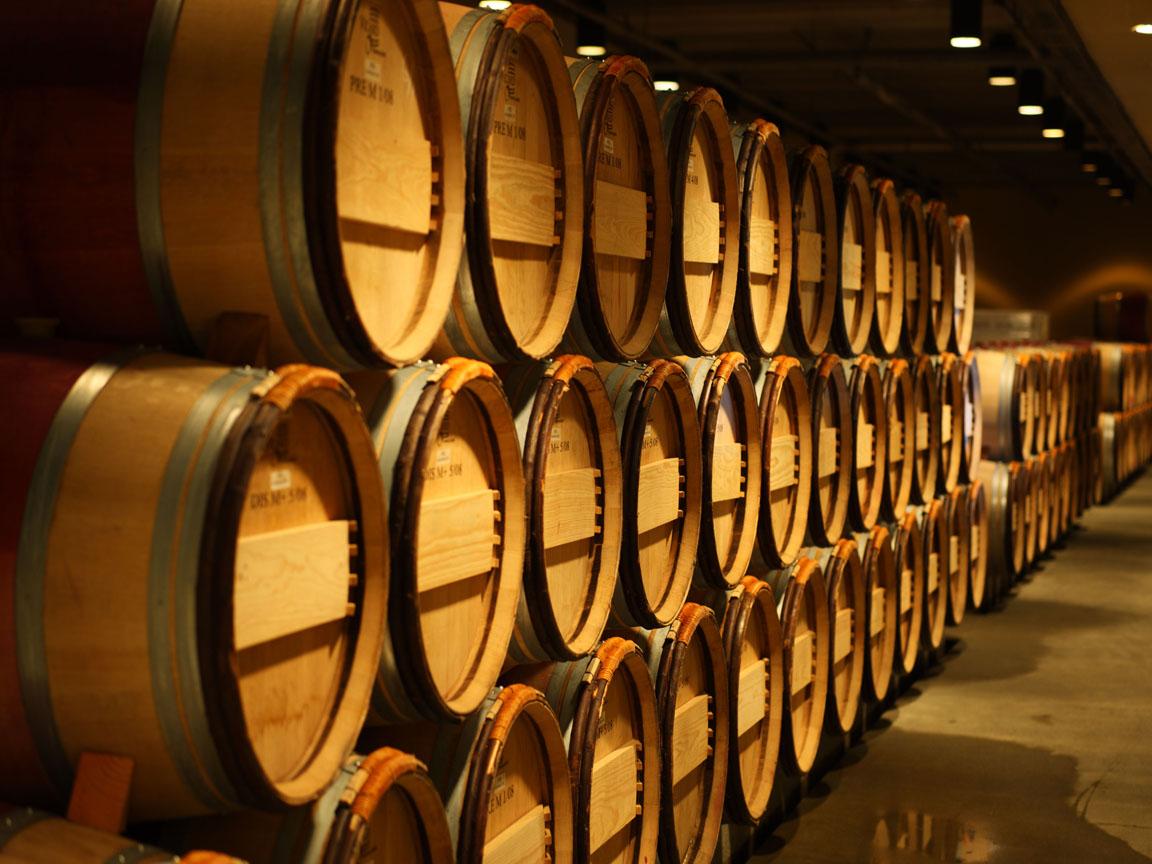 Picture of rack of oak barrels


Youve done it! Youve made your very first batch of wine. You crushed the grapes yourself, taken countless hydrometer readings, checked the acid levels, waited what has seemed like forever.

Its time to bottle  but before you do, you give it a taste and something is missing. You cant put your finger on it. This is good, sure, but its not as smooth as youd like, or not as complex. It doesnt finish on your palate quite right.

What could it be? Did you miss an important step? Did the fermentation not go as well as you thought? What is this je ne sais quoi that is missing?

Could it be oak?

Oak comes from a variety of regions of the world, in varying degrees of toast, varying grains, and in many different forms. It affects almost every aspect of wine, including color, aroma, flavor, and texture (often referred to as mouth feel). In most cases oak improves your wine, plain and simple. Depending on the type of wine, oak can impart complex flavors such as vanilla, spices, cloves, caramel and other sweet tastes, or even smoky flavors. Oak can also greatly mellow a harsh young wine, eliminating the need for extended aging.

There are many different types of oak, but mainly three commonly used in wine making:

French: French oak is generally used to impart subtle flavors and smooth mouthfeel. The flavors are not as obvious, and are often described as less oaky. French oak, especially chips and staves made from the tighter grains of older trees, tends to be more expensive. Thus, French oak is often used in premium wines, and wines that will be aged for longer periods of time. It is by far and away the most popular and sought after choice for oaking.

American: American oak is made from the American White Oak Tree, found mainly in the Eastern and southern Midwest United States. Traditionally, American oak was mainly used for whiskey barrels, however, has recently gained popularity in oaking wine and beer. American oak tends to impart much more flavor, and much less subtly. The flavor is often described as more oaky with hints of coconut and vanilla. It also tends to have less smoothness to the mouth feel, and more aggressively oaky aromas.

Hungarian: Hungarian oak may come from Hungary or other Easter European areas. This oak comes from the same type of oak tree that French oak is sourced from, but at a much lesser cost. It is often considered somewhere in between French and American, because it is from the same type of tree as French oak, but with much looser grains. The taste is more subtle than American oak, but still contains nutty and oaky flavors that are detectable right away in both taste and aroma. 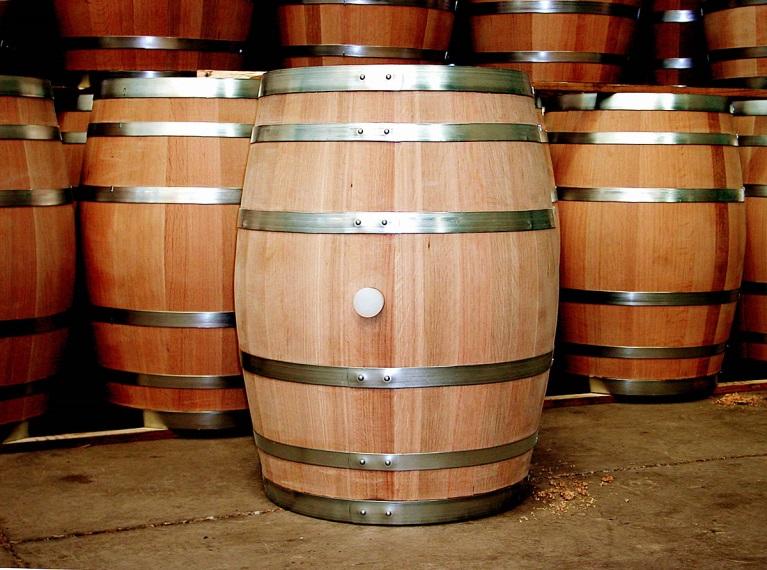 Barrel Aging: The main method that commercially produced wines are oaked is by barrel aging. However, barrels can be pricy, and your average home wine maker may not want to invest hundreds of dollars into a vessel for aging. The average home wine maker may also not want to spend months or years aging a homemade wine. French barrels can also be incredibly difficult to find, and expensive to have shipped. Luckily, there are other alternatives to the pricy, bulky, barrel. 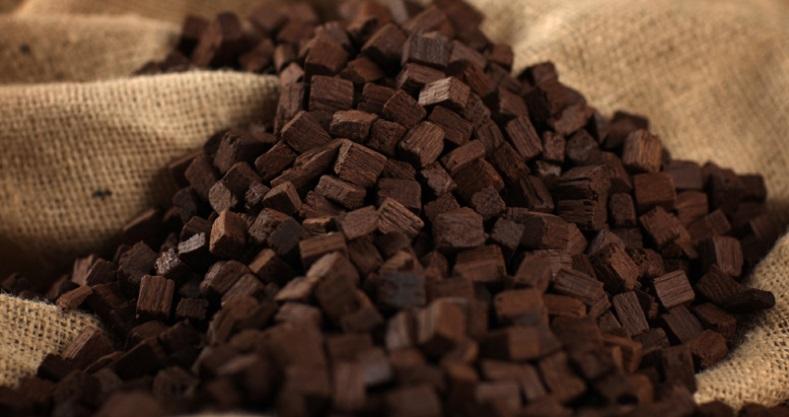 Oak Chips and Oak Cubes: Oak chips and cubes are the most cost effective way to add oak to your homemade wine. Simply add a pound of two to a finished wine and wait. Continue taste testing until youve reached the flavor and aroma you seek. The only downside is that they can be messy, and can reintroduce sediment into a cleared wine. Protip: instead of adding oak chips loose, place them in a sanitized muslin or nylon bag before placing them in your wine.

The main method that commercially produced wines are oaked is by barrel aging. However, barrels can be pricy, and your average home wine maker may not want to invest hundreds of dollars into a vessel for aging. The average home wine maker may also not want to spend months or years aging a homemade wine. Luckily, there are other alternatives to the pricy, bulky, barrel. 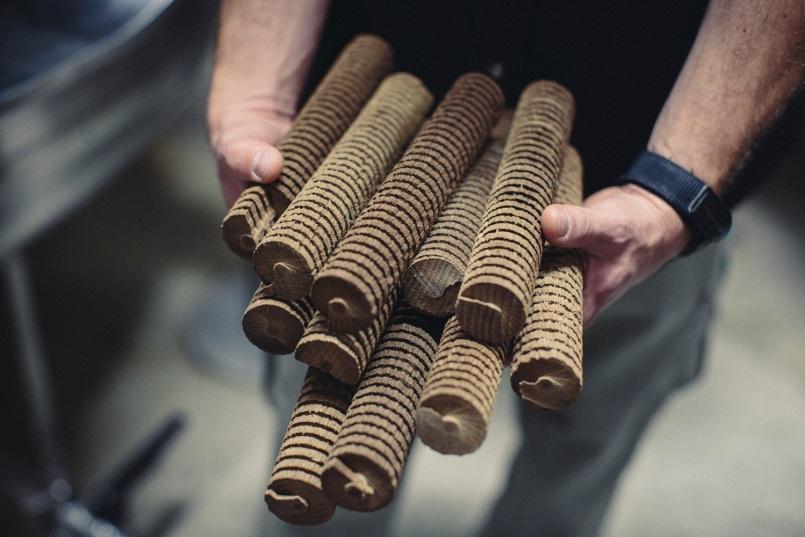 Oak Staves and Spirals: These handy staves can be placed in many different types of fermentation vessels. They fit easily into barrels, demi johns, stainless steel tanks, buckets, and carboys. Because of their spiral shape, they also tend to impart more flavor due to more surface area of the oak itself is in direct contact with your wine. Another advantage is easy clean up: because you are not adding a bag of loose chips, you dont have to worry about oak sediment breaking apart and settling at the bottom of your finished wine. Staves tends to be a bit more expensive than oak chips and cubes, but also tend to be worth the extra cost. The rule of thumb is two standard staves per 6 gallons of wine, although this can be experimented with based on your taste. 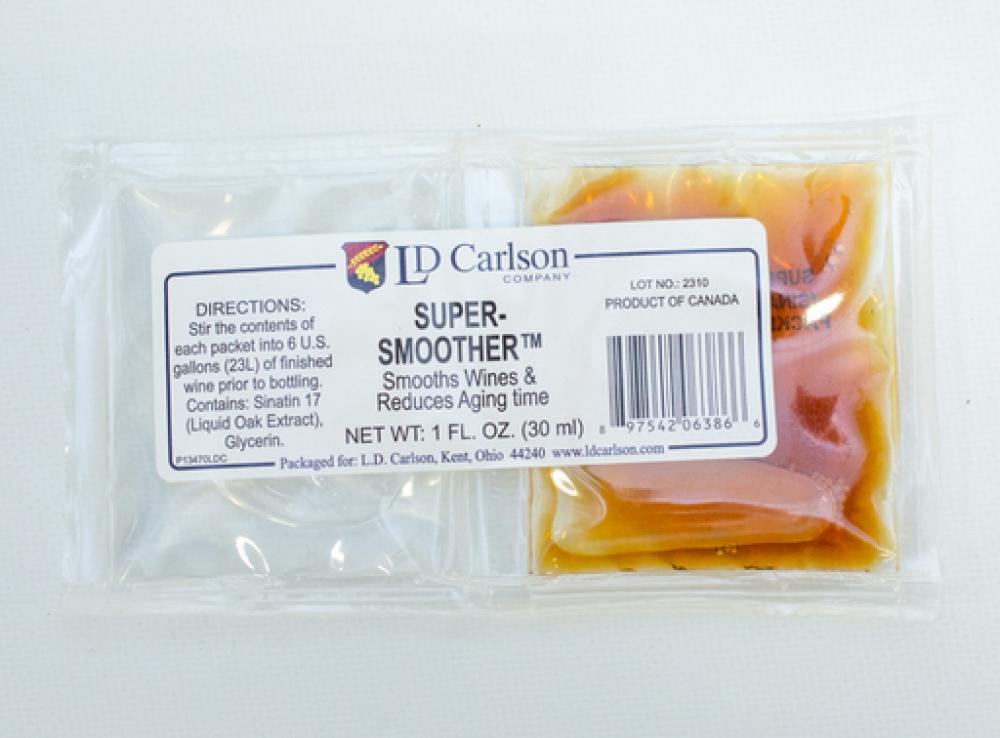 Oak Extracts: The simplest of all oak forms, oak extract is a powder or fluid you can add directly to your wine. As opposed to chips, cubes, and staves, there is no waiting or aging period. Add them directly to your wine and taste. The extracts can be quite potent so adding a little bit at a time is recommended. Oak extract will add body and mouth feel, while imparting the taste of smooth vanilla from French Oak that we love.

The important thing to remember in home winemaking is to make wine that you LOVE, otherwise, whats the point? By making it yourself you can utilize exactly the amount of oak flavor that you want. Whether you are adding a pound of French oak chips or no oak at all, your wine should be tailored to your specific taste, but if your wine is missing that certain something, adding oak may be that certain je ne sais quoi you are searching for.